To share your memory on the wall of Peter Mollo, sign in using one of the following options:

Print
Peter was a lifelong resident of Bay Ridge, Brooklyn and enjoyed weekends and summers residing in The Berkshires since the early 1970s and St.John’s, USVI since the 1980s.

He graduated from Georgetown University, had two masters in ar... Read More
Peter was a lifelong resident of Bay Ridge, Brooklyn and enjoyed weekends and summers residing in The Berkshires since the early 1970s and St.John’s, USVI since the 1980s.

He graduated from Georgetown University, had two masters in art from CUNY, a certification in family counseling from The Ackerman Institute an EDd from Columbia and a JD from Brooklyn Law School.

Before his second career in law, he had a long career for the NYS Dept of Education (formerly the Board of Education) where worked as a guidance counselor in schools and founded the Counseling Program for NYC public school children. He served as a confirmation sponsor and Sunday School teacher for many years.

Peter was a lively, interesting, charismatic person. He was wise and impulsive. He asked hard questions and could take persistence to the extreme. He was a free and creative spirit and thinker. He embraced friends, family, learning, traveling, art and reading. Especially history.

Peter is survived by his son Marcello, daughter in law Carol, his daughter, Gabrielle, son-in-law Mitschka and grandchildren, Reid, Max, Zac, Luca, Samantha and Julian. He is also survived by partner Amelia, his sister and brother-in-law, Carolyn and Pete, nephews Peter, Larry and Steven their families, and his dear cousins.

He passed away peacefully at home from COPD with his family by his side.
Read Less

Consider providing a gift of comfort for the family of Peter Mollo by sending flowers.

We encourage you to share your most beloved memories of Peter here, so that the family and other loved ones can always see it. You can upload cherished photographs, or share your favorite stories, and can even comment on those shared by others. 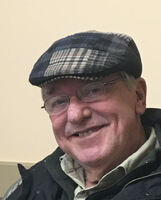 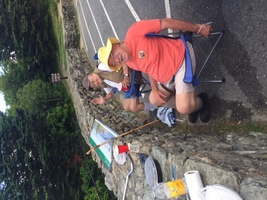