To share your memory on the wall of Robert David Joseph Haggerty, sign in using one of the following options:

Robert was born July 21, 1957 in Bay Ridge Brooklyn at Shore Road Hospital. He grew up on 88th Street & Dahlgren Place. He attended and was a graduate of Saint Patrick's grammar school in 1971 and Bishop Ford High School in 1975.

Bobby had a passion for the outdoors, he loved biking, and as he got a little older, he traded his bicycle in for a Vespa, he also loved hiking, camping and kayaking on lakes or on white-water rapids, often done in his signature trade mark sandals with tube socks. Frequently at the end of a long day in the outdoors he enjoyed a pit stop for Egger’s Ice cream or just a cool glass of homemade Lemonade in the Summer. Bob often brought the outdoors in with his love for animals, having all kinds of pets around, from his dachshunds and Golden retrievers, to his ferret, to his exotic parrots, to his hamsters. If you were over his place for a visit throughout the years you never knew what was going to come running out from under his couch or fly by your head.

Bobby loved to read, as a child he was often consumed by a mystery like The Hardy Boys, or Science fiction like Flash Gordon, and as he grew older, he held on to that fervor for a tall tale with books like Star Trek, Jurassic Park, The Hobbit and Harry Potter. If Bob wasn’t reading for pleasure, he would be immersed in periodicals, Medical journals, political articles or Tech magazines to quench his thirst for knowledge. He also enjoyed photography and his Ham radio along with his computer and whatever new electronic gadget he could lay his hands on. He definitely was one for the TECH world.

He was fastidious and capricious, and always had to have things compartmentalized and labeled, everything had to fit like a game of Tetris.

Robert devoted over 30 plus years of his life, starting with BRAVO (Bay Ridge Ambulance Volunteer Organization) in 1975, in service of helping others in the City of New York. Robert worked as an EMT at first, then a Paramedic and rose to the Rank of Lieutenant for the New York City Fire Department, where once again his service and dedication was put to task, putting other people’s lives before his own throughout his career and most memorably while answering the call at FDNY Box 8087, the World Trade Center disaster on September 11, 2001.


Godspeed, Bob, Rest in Peace! You've touched many lives and will be missed!
Read Less

Consider providing a gift of comfort for the family of Robert David Joseph Haggerty by sending flowers.

We encourage you to share your most beloved memories of Robert David Joseph Haggerty here, so that the family and other loved ones can always see it. You can upload cherished photographs, or share your favorite stories, and can even comment on those shared by others. 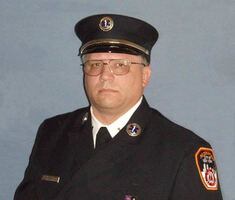